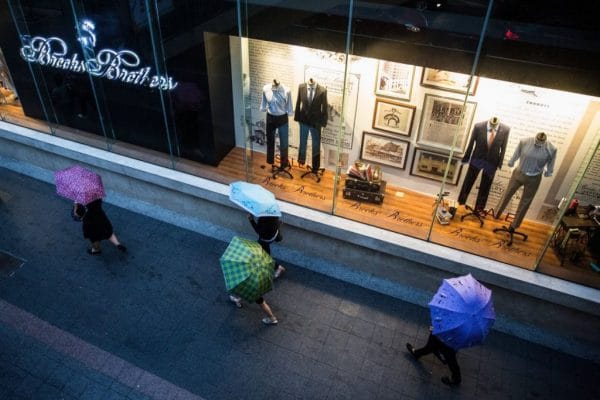 Brooks Brothers, the 200-year-old retailer known for classic suits and button-down shirts, is giving its supply chain a 21st-century overhaul.

The goal is to fulfill orders more nimbly and speed up delivery to customers by tapping into inventory at Brooks Brothers Group’s network of 260 retail locations in North America.

“We want to use all our stores as a warehouse, and also serve the major towns the same day,” said Gianluca Tanzi, chief operating officer of the company, which is headquartered in New York City. “Right now we can’t do that.”
Most online orders for Brooks Brothers’ U.S. customers now are handled through the company’s two distribution centers in Connecticut and North Carolina. Although the company aims to ship the orders out the same day, it may take five or six days for a purchase to reach the West Coast, depending on which shipping options the customer selects.

The company also replenishes its stores out of the warehouses and ships out Brooks Brothers clothing ordered through websites of retailers such as Bloomingdale’s and Macy’s Inc.

The system is predictable and efficient, but it’s also increasingly out of fashion with new distribution patterns that look to match online customers with inventory wherever the items happen to be. Customers also can’t pick up online orders at Brooks Brothers stores or factory outlets.

To adapt, Brooks Brothers is upgrading technology that Chief Information Officer Todd Treonze says has been “held together by duct tape and bubble gum.” The new system will shorten standard delivery times and allow stores to fulfill a broader range of orders, not just for items that aren’t available at the distribution center.

The company is joining a growing field of retailers looking to have their brick-and-mortar stores do double-duty as online fulfillment centers, a response to growing competition from e-commerce marketplaces and the changes they are triggering in customer behavior.

U.S. shoppers spent $127.3 billion online in the second quarter, accounting for 9.6% of total retail sales, up from 8.8% during the same period in 2017, according to the Commerce Department.

Under its new plan, Brooks Brothers is using software from Manhattan Associates Inc. to integrate its order management and store fulfillment applications on a single platform, so that workers in stores can access inventory in other locations, make sales through a touchscreen and retrieve orders for customers to pick up in-store.

The new software will also link up with Brooks Brothers’ own supply-chain management software to help decide where to pull items from based on customer demand and the availability of inventory across the company’s global network. .

Right now, Mr. Treonze said, “It takes the store associate on average seven to 10 minutes to fulfill an (online] order…They are literally printing the shipping documents from the cash register.” Once the new system is running, “they’ll be able to fulfill in about a minute.”

Brooks Brothers expects the system to be fully operational next year.