Expect Truckload Market Volatility to Continue Through the Fall 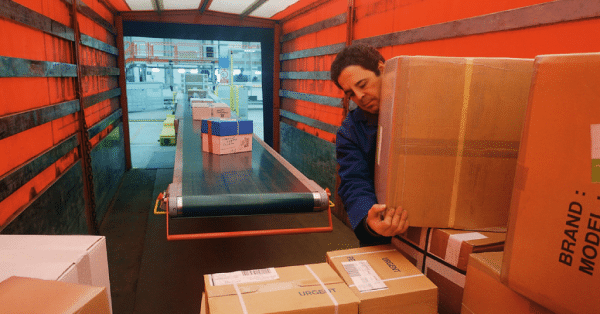 To say that the first half of 2018 was “a period of both extreme volatility and unprecedented imbalance between capacity and demand for trucking services in North America” at first sounds like hyperbole. But if you ask anyone who lived through it, they’ll probably tell you it’s an understatement.

That raises two basic questions: What created the environment of extreme volatility and unprecedented imbalance? And if the first six months of 2018 were crazy, what will the second half of the year look like?

To answer both questions, we need to first explain how we got here.

To hear Donald Broughton reveal his insights, attend his keynote session on “Threat vs Opportunity in the New Freight Economy” at the DAT User Conference.

Truckload capacity was already constrained by a shortage of qualified drivers. The industrial economy began to recover as oil prices climbed back above $50 a barrel in the fall of 2016, and accelerated some more when oil stayed above $55 in the fall of 2017. Higher oil prices made drilling more profitable, which in turn added to demand for trucking services, just as energy-related jobs lured drivers out of their trucks and into the oil fields. Then the ELD rule took effect in December 2017, followed by hard enforcement in 2018, and throttled productivity as small fleets adjusted to the devices.

While capacity is not increasing, the decline has slowed, thanks to significant increases in driver pay and better integration of ELDs, especially in the dry van and reefer segments. Unfortunately for shippers, only a small amount of capacity has recovered, relative to a dramatic growth in demand.

As we explained, demand was first driven by renewed activity in the industrial economy, spurred by rising oil prices. Unlike the period from 2009 to 2014, however, consumer spending also began to grow again in 2017. Aging baby boomers are enjoying reflation in the value of their investment accounts, while millennials have finally reached the age when they’re forming households en masse.

Millennials favor e-commerce for a large percentage of their spending, and e-commerce uses capacity at a high rate compared to traditional brick-and-mortar supply chain structures. E-commerce drives a large number of “cube out before they weigh out” trailers in shorter lengths of haul, which ratchets up velocity. Both the industrial and consumer economies are driving demand, but e-commerce is also adding volatility to supply chains that are already tight.

Capacity is unlikely to expand by anything more than low single digits (1% to 3%) but the industrial economy is growing steadily in and outside of oil and gas exploration, and e-commerce growth is poised to continue its 18% to 20% growth rate through the end of the year. Simply put, if you think the first seven months of the year were interesting, wait until October. Stay tuned.

Donald Broughton, Principal and Managing Partner of Broughton Capital, is a financial analyst with decades of experience in the transportation industry.