Freezing Temperatures In US Kept Produce Demand Down 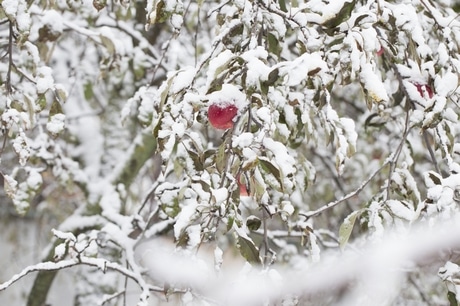 It certainly was very cold last week in the US with the Polar Vortex bringing freezing cold temperatures into central parts of the country. States such as Minnesota, Iowa, Illinois, Michigan and the Dakotas experienced temperatures approaching -40 degrees Celsius, with wind chills even lower. For produce shippers, it meant that demand stalled as shoppers stayed home.

“Produce movement was definitely affected,” said Kieran Comito of Capital City Fruit Co. based in Iowa. “The restaurants and stores weren’t as busy as people stayed home and out of the cold. There were about two days when everything slowed down because of the lack of demand. The market price is the main determining factor, but with tomatoes for example, demand was reduced as a result of the weather.”

Comito added that the broader supply chain was also affected. “On top of the weakened demand, a number of shippers did not send any trucks. This contributed to the slow movement during the week. It has become milder now though so it will pick back up again within the week.”

More produce sent to other regions
The weakened demand in the Midwest region had a knock-on effect on produce shippers in other regions. As less produce was moving into central parts of the country, more was diverted to the West and East Coasts. Additionally, due to the difficulties in transporting produce, imports were affected that otherwise would have made its way the Midwest market.

“It did have an impact on the market,” said Jesse Garcia of LA Produce Distributors. “Because less people were out shopping, demand was down and we had additional supplies for some commodities coming our way on the West Coast. Pineapples were one item where we had an oversupply because they weren’t being shipped.”

“We weren’t able to ship much that way as trucks had difficulty in moving produce,” Garcia continued. “There were a lot of avocados that ended up remaining on the West Coast which affected the market and brought prices down.”

By Friday, temperatures had risen back to normal, with even a warming trend into Sunday and the early part of the week.