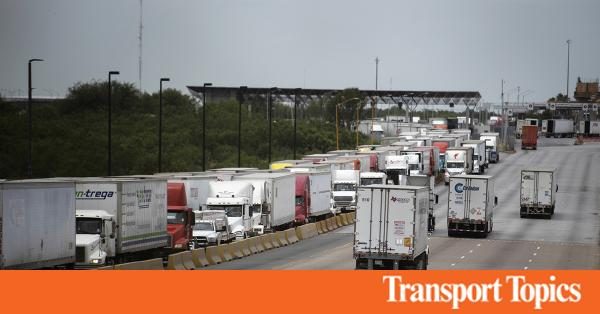 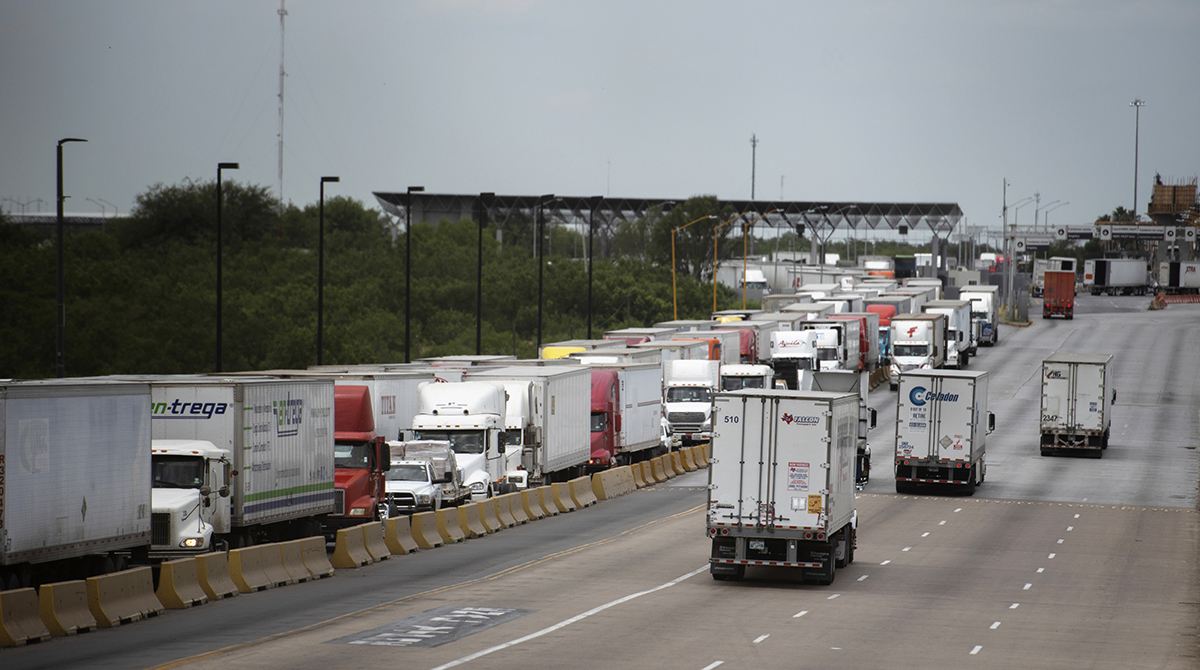 Businesses spent $1.64 trillion on transportation and logistics services in the United States in 2018, a jump of 11.4% from the prior year, as companies retooled supply chains in response to the growth in online sales and tight freight hauling capacity drove up shipping rates.

The market was also affected by government regulations on driver hours of service and labor shortages that boosted wages for truck drivers and warehouse workers, according to an Annual State of Logistics Report released June 18 by the Council of Supply Chain Management Professionals.

“The logistics industry is at a new crossroads,” said Michael Zimmerman, a partner with A.T. Kearney and co-author of the 2019 report titled “Cresting the Hill.”

While the past year was “tough and exhausting” for both shippers and carriers, Zimmerman said that conditions have since stabilized.

“Now,” Zimmerman said, “demand has softened and growth is in doubt, but not to the point where a steep decline is visible.”

Logistics costs rose across the board in 2018, with inventory carrying costs leading the way with a 14.8% jump to $493.7 billion. 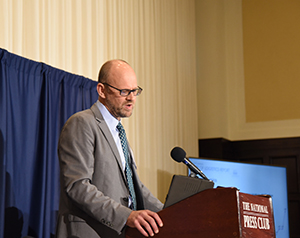 Zimmerman speaks at the 30th Annual State of Logistics event at the National Press Club in Washington. (CSCMP)

Logistics costs in relation to GDP is thought to be an indicator of how efficiently businesses can operate, and, when compared with other countries, how competitive the U.S. is in terms of transportation infrastructure and freight management.

In 2016, CSCMP, an organization based in Lombard, Ill., that provides education and training services for transportation and logistics personnel, contracted with A.T. Kearney to produce an expanded report to include more detailed analysis of economic trends, interviews with industry executives and business projections.

Coming off a year in which demand for freight hauling exceeded capacity, many experts predict a slowdown in economic activity in 2019 with increased uncertainty about trade offset by continued growth in e-commerce, lower fuel prices and technology-driven efficiency gains.

There is, however, cause for optimism that things will happen differently this year.

“Neither shippers nor suppliers seem satisfied with business as usual,” the report authors said. “The opportunity to leverage technology and collaborative practices is driving tangible efficiencies and shared gains.”

In particular, the report details the potential for automation and robotics, vehicle electrification and implementation of high capacity 5G mobile communications networks to help shippers and carriers cope with market changes.